The fault has not been historically drilled and now represents a primary target on the property.  Channel sampling where the Central Pediment fault intersects the historic Weepah Pit gave rock chip values up to 54.2 g/t gold across 1.2 meters and 60 g/t gold across 0.3 meters (Table 1) demonstrating the potential for high-grade mineralization along the 1 km fault linking the deposits. Based on these results the Company plans to define drill targets along the strike of the Central Pediment fault in addition to the broader drill target areas within the arsenic anomaly at the Weepah East and Tailings Wash faults.

"The results from our follow up sampling is an exciting proof of concept that has yielded the best results on the project to date. We are looking forward to refining our approach to test this potential feeder structure that could have mineralization joining the Weepah Pit with the Weepah East deposit, a distance of over half a kilometer.

Our four projects continue to improve with each layer of work completed in terms of grade and confidence in the substantial discovery opportunities they represent. We are rapidly advancing all of them to the drill ready stage for early 2022 in an effort to meet our goal of having a pipeline of four drill ready high-quality gold projects situated in the most prolific gold region in the world.”

Significance of the Central Pediment Fault

Channel samples were taken from mineralized, high-angle structures that cut the country rock in the footwall of the Weepah Shear Zone. Historic underground and open pit mining focused on extracting ore solely from the Weepah Shear Zone, a 4- to 10-meter-wide fault zone dipping 40° to the west that produced a head grade of 5.8 g/t gold. The footwall rock is largely composed of shallowly oriented phyllites with similarly dipping felsic dikes. Channel samples were taken from numerous high-angle, WNW-ESE striking, small displacement faults, occurring in a ~130 meter wide fault zone, that composes the Central Pediment fault (Figure 5). Mineralization appears to be focused where high-angle structures cut brittle features such as bull quartz veins and felsic dikes. A very similar character of mineralization was described in relogging of core holes from Weepah East (see June 22, 2021 News Release).

“The follow up channel sampling strongly supports our team’s hypothesis that there are not only multiple mineralized structures at Weepah, but there are also (at least) two episodes of mineralization. The long recognized, shear zone related episode and a probable, younger epithermal, related episode. We look forward to advancing this project to the drilling stage in 2022 to test targets developed from our understanding of these two fabrics.”

All scientific and technical information in this news release has been prepared by, or approved by Justin Milliard, PGeo. Mr. Milliard is Project Geologist for Eminent and is a qualified person for the purposes of National Instrument 43-101 - Standards of Disclosure for Mineral Projects. Some of the information herein is provided by 1) historical reports that describe mining activities, geology and potential, and unpublished summary reports from Sunshine Mining Co., 2) Ely Gold published 43-101.  It should be noted that the Company believes that all of these reports are reliable; however, the Company's qualified person has not conducted verification procedures and therefore has not confirmed them. 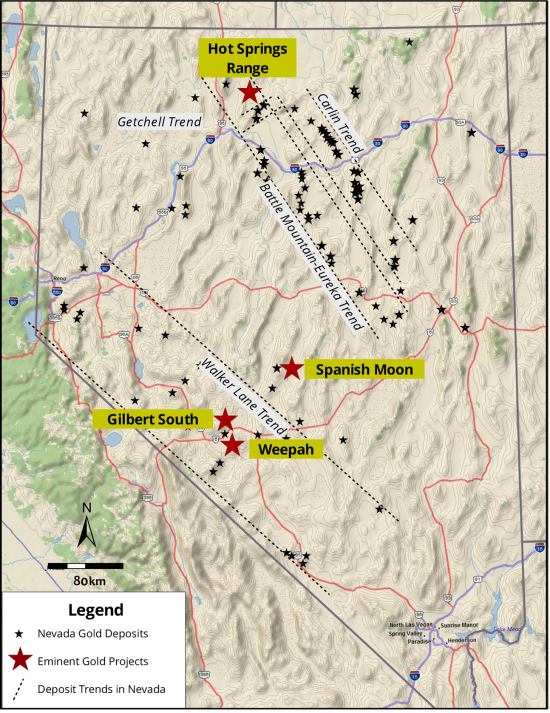 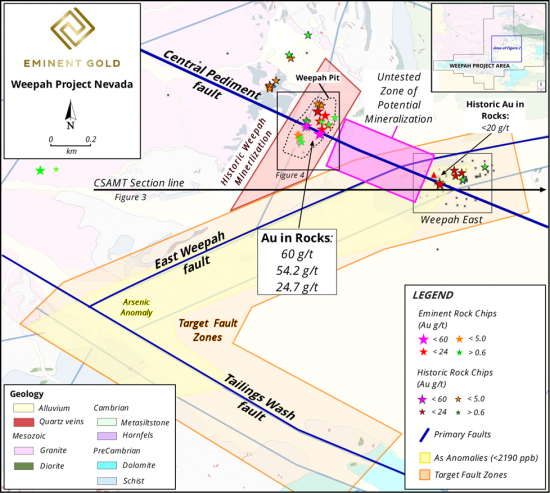 Figure 2. Plan view map of the Weepah project. The Central Pediment fault transects both the Weepah East are and Weepah Pit, and remains untested in between. Location of Figure 4 noted by black box."> 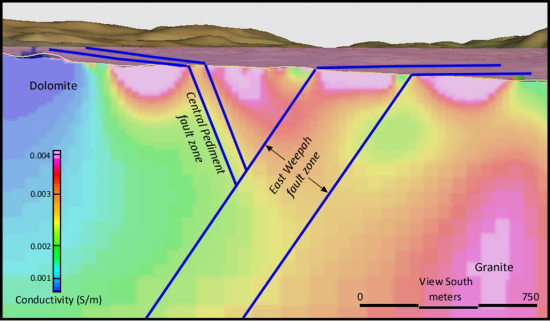 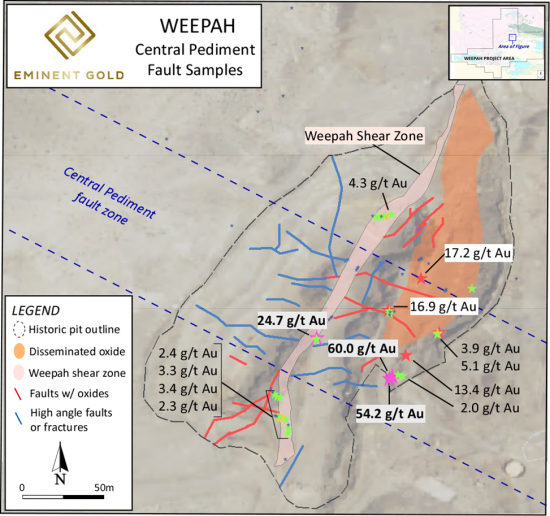 Figure 4. Plan view map of the Weepah Pit region including new channel samples on the footwall (east side) of the Weepah Shear Zone. 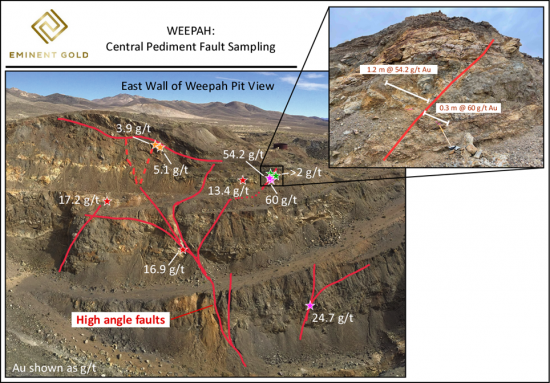 Figure 5. Photos of Central Pediment fault sampling on the eastern high wall of the historic Weepah West Pit. The historically mined Weepah shear zone (not shown) trends north-south and is located on the western side and at the bottom of the pit (beneath the photographer).

This news release contains certain statements that may be deemed “forward-looking statements” with respect to the Company within the meaning of applicable securities laws. Forward-looking statements are statements that are not historical facts and are generally, but not always, identified by the words “expects”, “plans”, “anticipates”, “believes”, “intends”, “estimates”, “projects”, “potential” and similar expressions, or that events or conditions “will”, “would”, “may”, “could” or “should” occur.  Forward-looking statements made in this news release include the Company’s exploration plans for the Weepah property, the Company’s expectations for the potential of the Weepah property, the Company’s plans for generating drill targets based on current information and the generation of information from the proposed geophysical survey. Although Eminent Gold Corp. believes the expectations expressed in such forward-looking statements are based on reasonable assumptions, including the assumption that records and reports of historical work on the Weepah property are accurate and correct and that the sampling results are indicative of the target areas as a whole, such statements are not guarantees of future performance, are subject to risks and uncertainties, and actual results or realities may differ materially from those in the forward-looking statements. Such material risks and uncertainties include, but are not limited to, the Company’s ability to raise sufficient capital to fund its obligations under its property agreements going forward, to maintain its mineral tenures and concessions in good standing, the Company’s assumptions may prove incorrect; changes in economic conditions or financial markets; the inherent hazards associated with mineral exploration and mining operations, future prices of gold, silver and other metals, changes in general economic conditions, accuracy of mineral resource and reserve estimates, the ability of the Company to obtain the necessary permits and consents required to explore, drill and develop the Company’s projects and if obtained, to obtain such permits and consents in a timely fashion relative to the Company’s plans and business objectives for the projects; the general ability of the Company to monetize its mineral resources; adverse weather conditions may affect the Company’s ability to conduct work programs, availability of qualified personnel, changes in environmental and other laws or regulations that could have an impact on the Company’s operations, compliance with environmental laws and regulations, dependence on key management personnel and general competition in the mining industry. Forward-looking statements are based on the reasonable beliefs, estimates and opinions of the Company’s management on the date the statements are made. Except as required by law, the Company undertakes no obligation to update these forward looking statements in the event that management’s beliefs, estimates or opinions, or other factors, should change.